More information on the 2018* edition

* Dates to be announced

Why & for whom? Why is it unique? What will you learn? Instructors & Speakers

Why and for whom?

Senior decision-makers have in common the challenge of making decisions to achieve long-term goals in an unpredictable world. They have to make sense of the changing context, anticipate disruptions and unexpected events, and spot emerging opportunities. Forecasting is no longer a reliable tool. Strategic foresight skills have become a must.

The Mastering Strategic Foresight Programme is a unique and exclusive three-day foresight leadership programme designed for forward-looking senior decision-makers who want to advance their capacity for strategic action and achieve value-adding impact through the use of strategic foresight.

Typical activities participants are involved in:

See why previous participants value foresight in their organisations >>

Why is it unique?

This programme differs greatly from other programmes on the market. It offers the unique combination of: 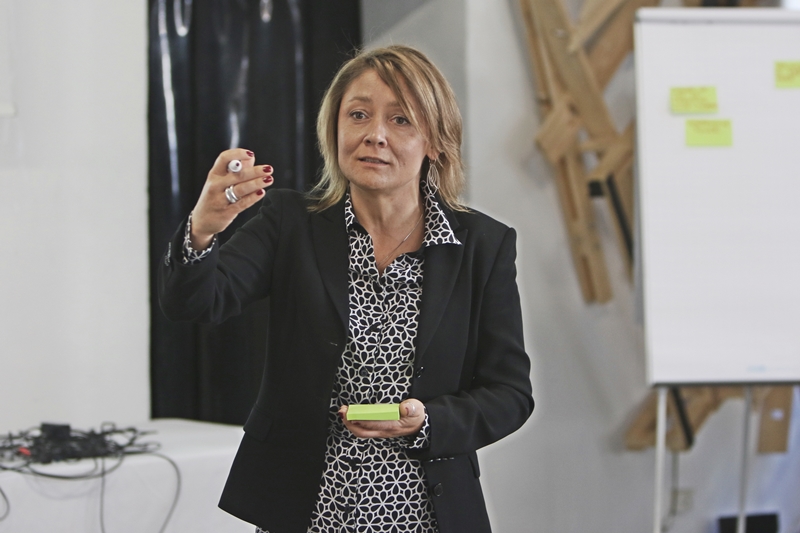 “Leaders have to make their societies, their businesses or their institutions successful in the future. In a world of growing uncertainty this has become increasingly difficult and strategic foresight is a must. We wanted to provide an opportunity for leaders to come together to learn from our experience over the years and to learn from each other.” 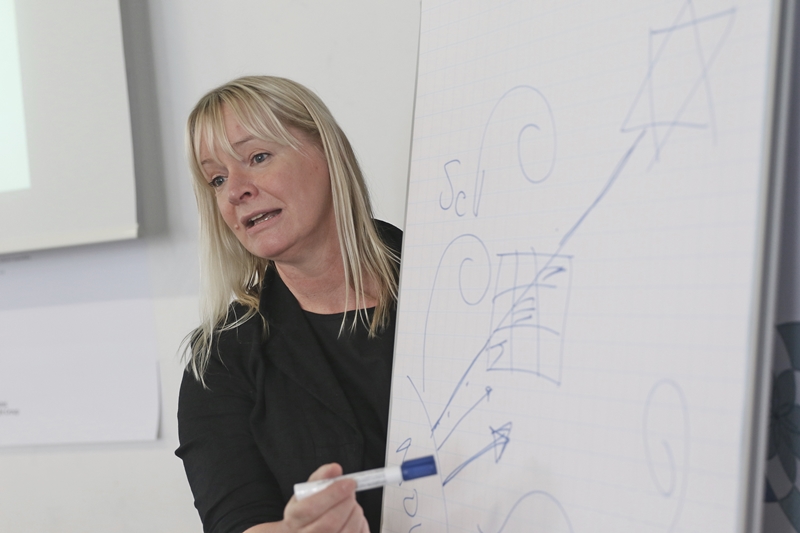 “We designed this programme for people like ourselves - practitioners who need to drive high-value strategic impact and build foresight as a core capability in their organisation. We share what works and doesn't work, based on the wealth of experience of our individual careers and the wider networks of leading practitioners we have cultivated.”

What will you learn?

Angela and Kristel offer 50 years of experience in forward assessment, corporate strategy and policy advisory roles. They have led over 100 foresight initiatives, worked in over 40 countries and across a broad range of sectors. They have significant experience in directing ambitious, multi-stakeholder initiatives to address global issues. Both have direct experience of working with senior executives and high-level policy makers, including heads of state, ministers, heads of international organisations and think tanks, and CEOs. 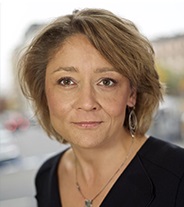 Kristel Van der Elst has 17 years of experience in forward-looking strategy and policy advisory roles. She works with senior executives and policy makers including heads of state, ministers, heads of international organisations and think tanks, and CEOs providing the insights, resources and processes to help them turn long-term strategic thinking into actions and impacts.

Kristel is an established speaker, moderator and facilitator at high-level events including Davos, OECD, European Commission and Oxford, and the author of numerous reports and articles. She is also a HuffPost blogger.

Kristel is Visiting Professor at the College of Europe.

Kristel holds an MBA from the Yale School of Management, a Masters in Development Cooperation from the University of Ghent, and a Masters in Commercial Engineering from the Free University of Brussels. She is a Fulbright Scholar, a Rotary Foundation Ambassadorial Scholar, a Global Leadership Fellow and a Certified Professional Facilitator. 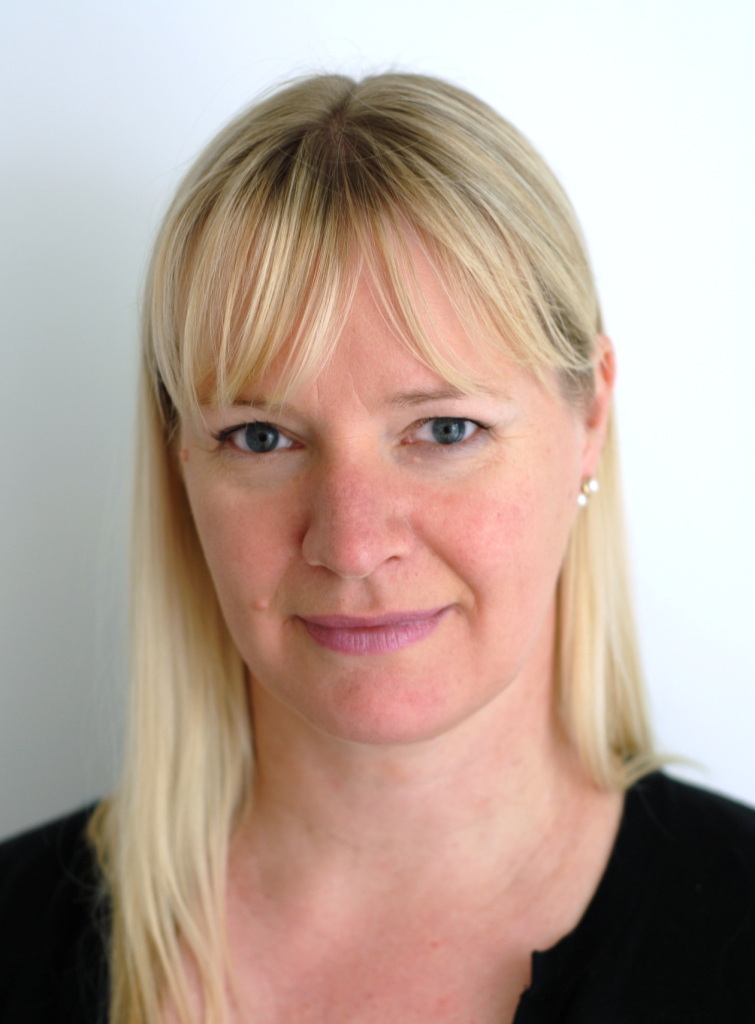 Angela offers over 30 years of analytical, managerial and consultancy experience, including Board-level leadership responsibility. She has worked in a wide range of organisations and international bodies, spanning the public and private sector.

She has published many articles on scenarios and foresight.

Speakers
(new speakers to be announced) 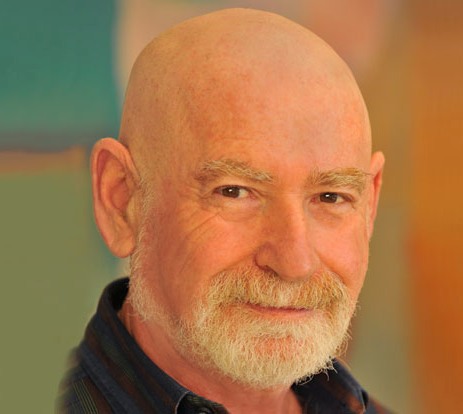 Peter Schwartz is Senior Vice President for Strategic Planning for Salesforce.com. In this role he directs policy and politics throughout the world and manages the organisation’s ongoing strategic conversation.

Prior to joining Salesforce he was cofounder and chairman of Global Business Network, a Monitor Group company, and a partner of the Monitor Group, a family of professional services firms devoted to enhancing client competitiveness. An internationally renowned futurist and business strategist, Peter specializes in scenario planning, working with corporations, governments, and institutions to create alternative perspectives of the future and develop robust strategies for a changing and uncertain world.

Peter is a member of the Council on Foreign Relations, the World Affairs Council and, in Singapore, the Research, Innovation and Enterprise Council. He also sits on the boards of The Long Now Foundation, The Center for New American Security and the Center for Strategic Futures in Singapore.

From 1982 to 1986, Peter headed scenario planning for the Royal Dutch/Shell Group of Companies in London. His team conducted comprehensive analyses of the global business and political environment and worked with senior management to create successful strategies. Before joining Royal Dutch/Shell, Peter directed the Strategic Environment Center at SRI International. The Center researched the business milieu, lifestyles, and consumer values, and conducted scenario planning for corporate and government clients.

Peter is the author of Inevitable Surprises (Gotham, 2003), a provocative look at the dynamic forces at play in the world today and their implications for business and society. His first book, The Art of the Long View (Doubleday Currency, 1991; audio tape, 1995; paperback, 1996), is considered a seminal publication on scenario planning and has been translated into multiple languages. He is also the co-author of The Long Boom (Perseus, 1999), a vision for the world characterized by global openness, prosperity, and discovery; When Good Companies Do Bad Things (Wiley, 1999), an examination of, and argument for, corporate social responsibility; and China's Futures (Jossey-Bass, 2001), which describes very different scenarios for China and their international implications. He publishes and lectures widely and served as a script consultant on the films "The Minority Report," "Deep Impact," "Sneakers," and "War Games." Peter received a B.S. in aeronautical engineering and astronautics from Rensselaer Polytechnic Institute. In 2009 he received an honorary PhD and was the commencement speaker at RPI. 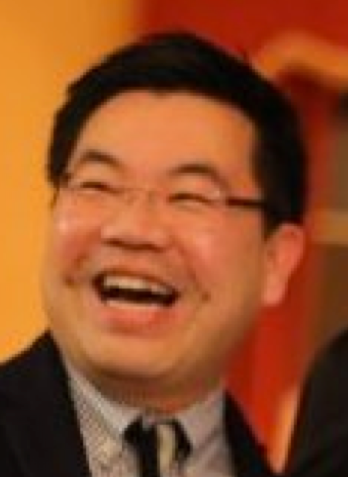 Prior to joining the Prime Minister’s Office, he served as Deputy Director at the Ministry of Trade and Industry of Singapore and Deputy Centre Director of the Infocomm Development Authority of Singapore.

In these roles, he has directed Foresight activities with a view to the identification of emerging trends, opportunities and threats in the medium term that may impact national economic strategies, as well as the nation’s standing in the economy of the future.

Lee Chor Pharn holds an MBA from the Nanyang Business School, as well as an MA in Engineering from Cornell University.

Joan joined the Centre for Strategic Futures (CSF) in June 2014.

Joan has a BSc and MSC in Electrical Engineering from Stanford University. 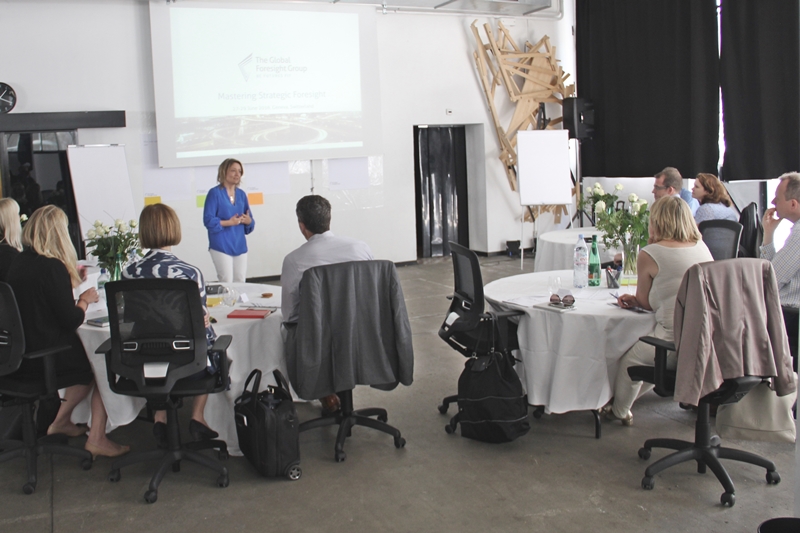 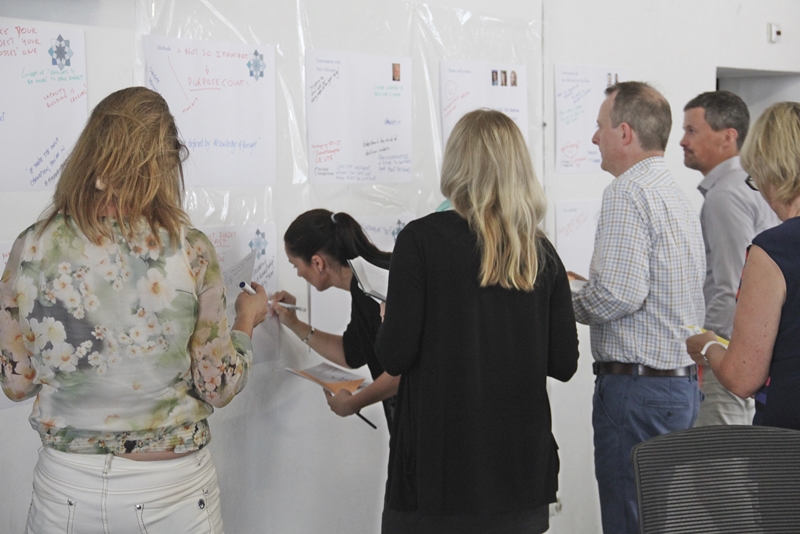 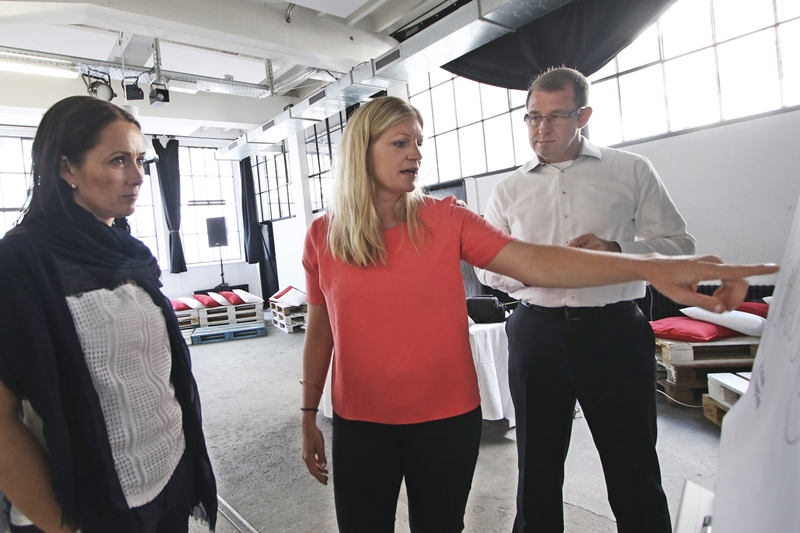 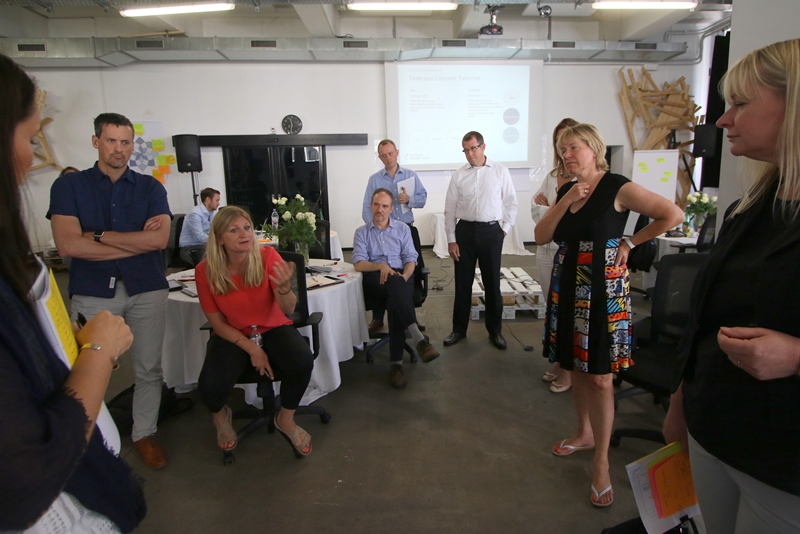 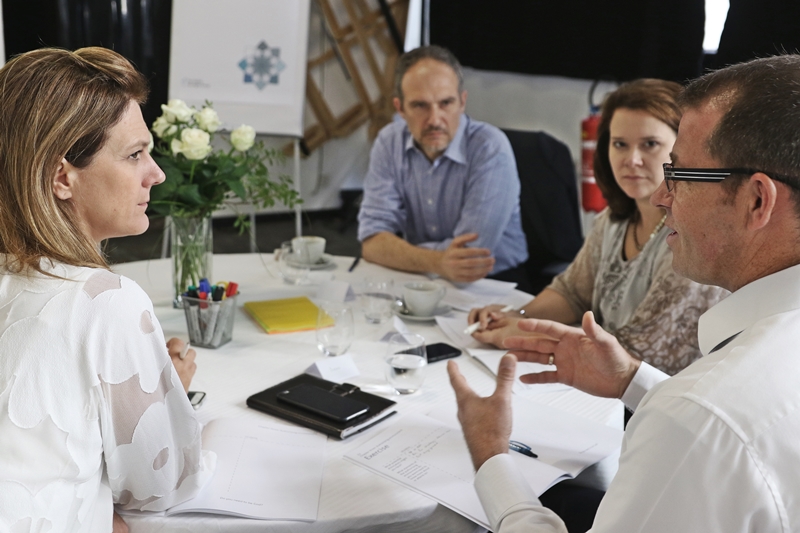 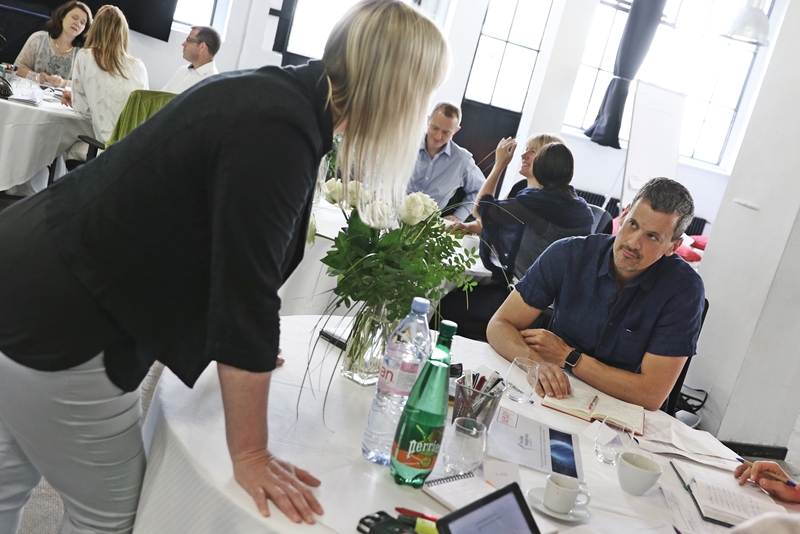 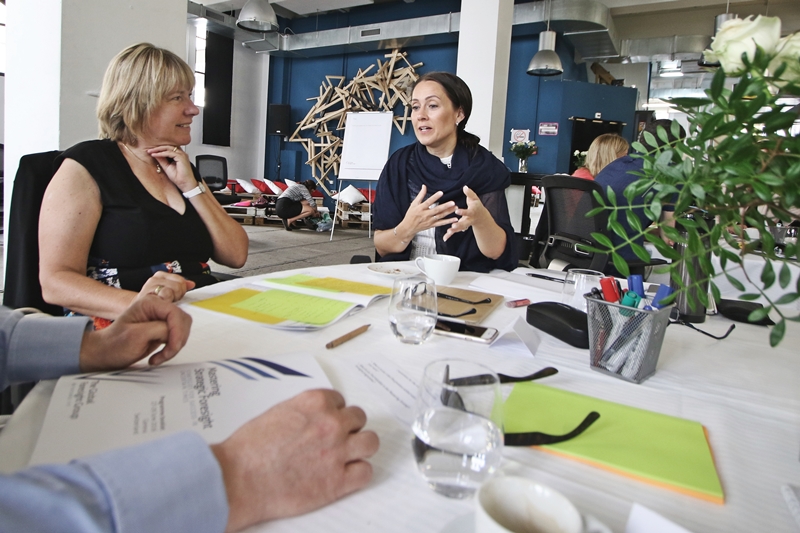 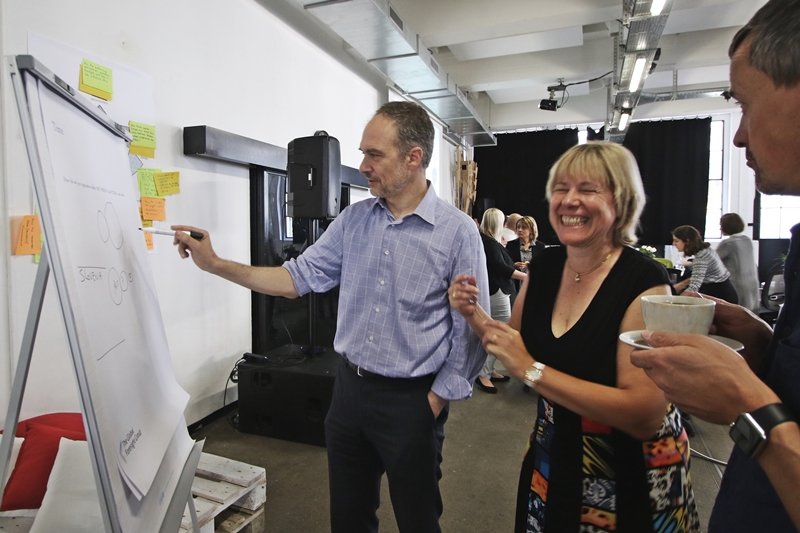 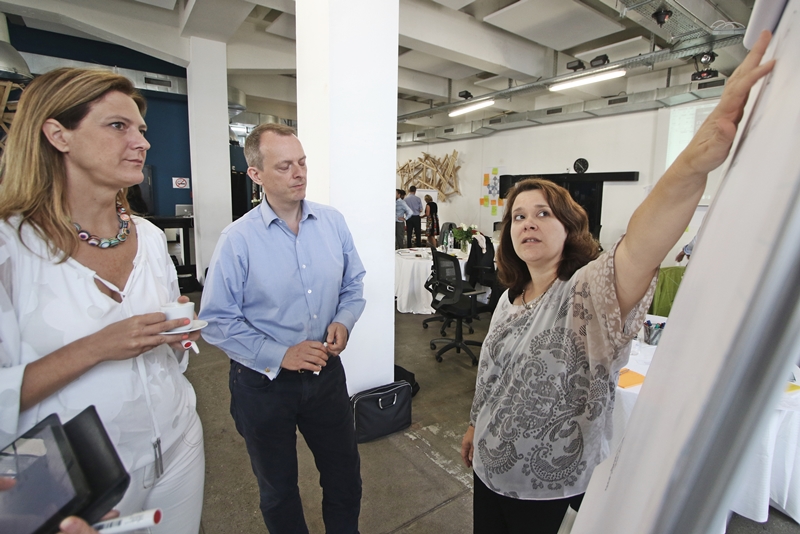 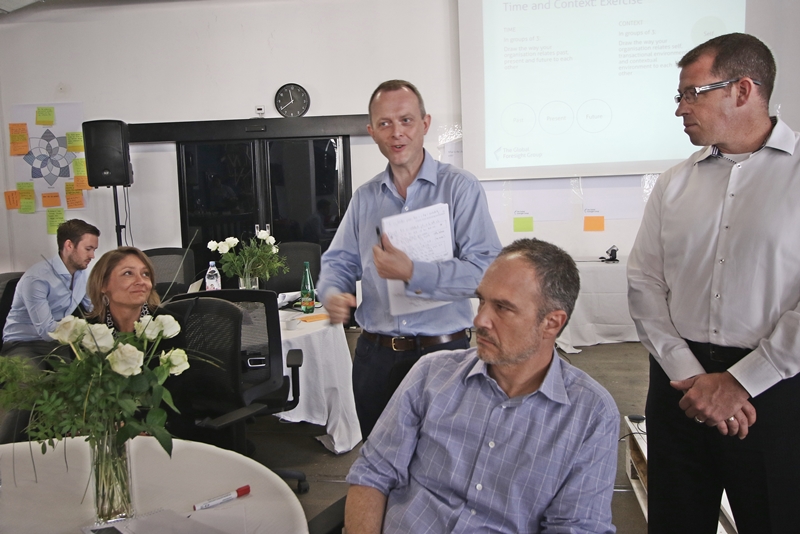 More information on the 2018* edition

“Great foundation in how to have true business impact with foresight.”

“The knowledge and experience of Kristel and Angela are fantastic and relevant to anyone in the field. ”

“...if you are in a management position and want to prepare for the future – RUN FOR IT.”

“I came across three or four ideas and techniques that will be used immediately in my organisation.”

“Brilliant training from top world experts Angela and Kristel with peers from around the globe. ”

“The combination of instructors, participants and external speakers was truly unique.”